http://www.youtube.com/embed/R1AsSzbBSGg
This Rover is design to meet the avoidance challenge and use telepresence to aid in driving the rover, With some semi robotic choices to prevent the driver from hitting an object. The hardware itself was completed long ago but lacked a project, the software and new sweeping sensor were created for this challenge. Please be patient I am a team of one, so now in the process of documenting. The intent is to have an educational robot that can teach programming, science, math and of course FUN.

This project is solving the ExoMars Rover is My Robot challenge. Description

A robot that has ultra sonic sweep scanner, that passes it to a middleware nodeJS server that then gives the data to the driver. The driver is wireless using a low powered transceiver. 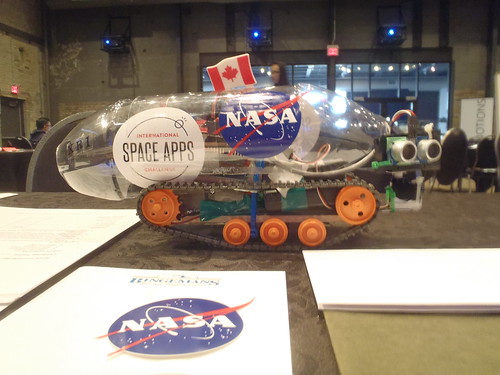 Controlled by your computer or any smart phone with just a few clicks or taps. 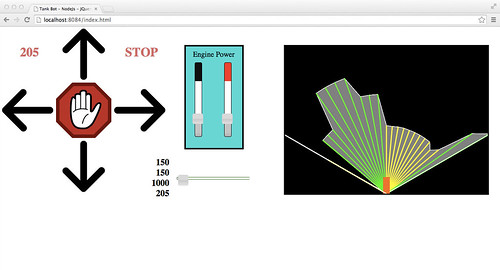 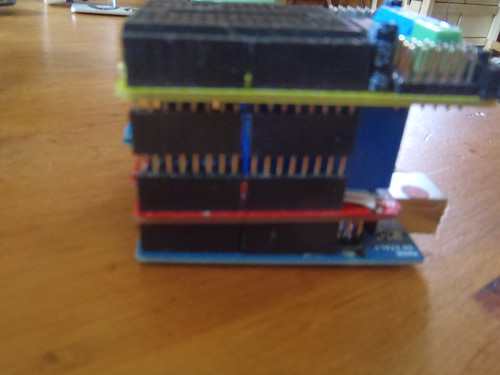 The Arduino runs a robot with servo sweeping in front for range to object readings, sending the data back to the control server, which then holds the data for the user request. The rover can be driven from a computer web browser, any graphical browser phone or tablet.

The semi-autonomous Rover code, prevents collisions in the frontal Arc even when command override codes are set to the Rover. The data in the 35 to 135 degree ARC is represented in a graphical interface very similar to a Radar or Sonar interface.

Education uses include basic Cosine law for draw, programming and systems integration. The enter system can be run on a students computer with the hardware for under 100 dollars.